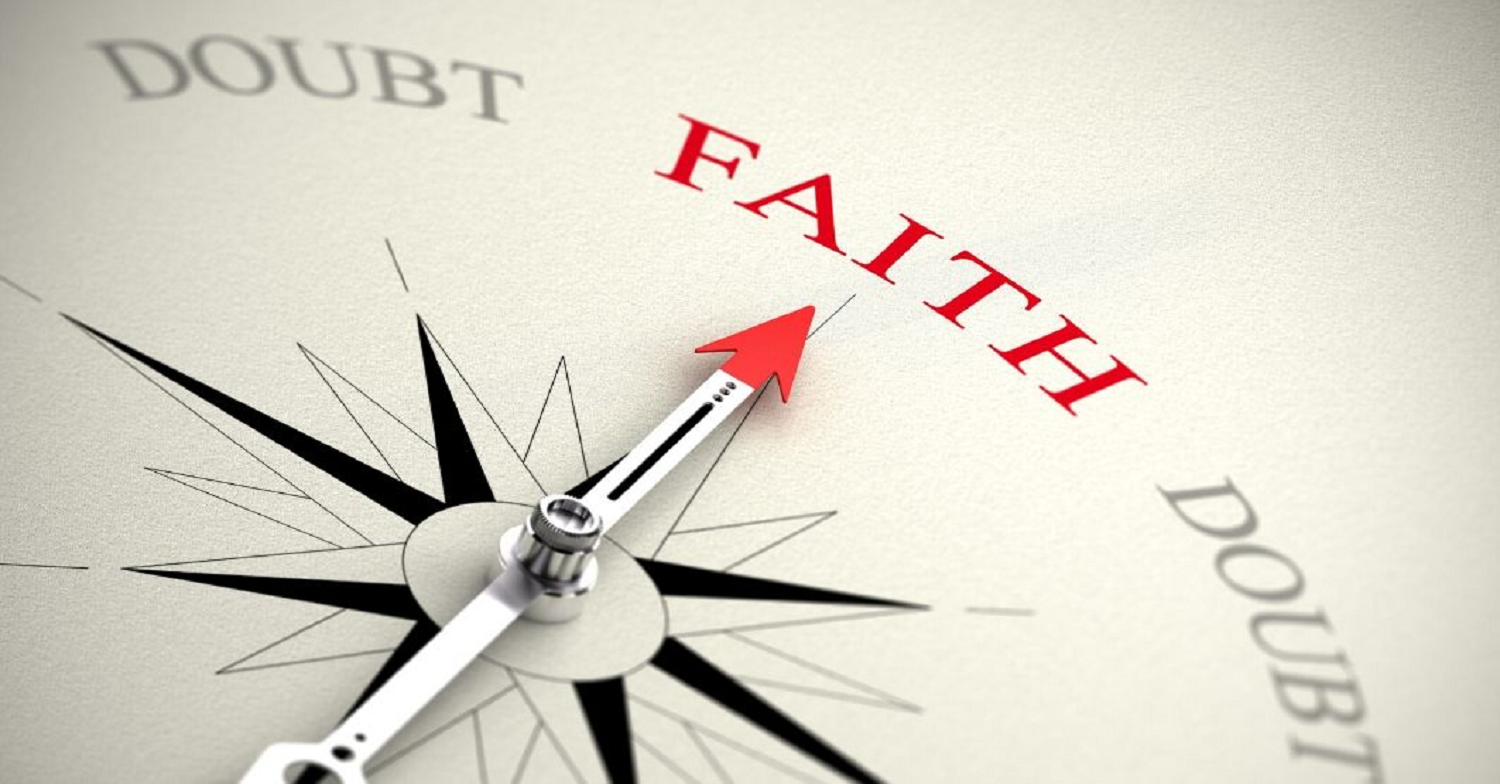 Have you ever wondered how the disciples could have possibly seen everything they saw and yet missed that Jesus was God?

At the end of Matthew 28 Jesus has come back from the dead and spent 40 days with His disciples sharing Himself with them – eating, talking, laughing.  And then He tells them to meet Him on the mountain in Galilee where He is going to say goodbye.  And here we get a very strange exchange.  Matthew writes:

When they saw Him, they worshiped Him; but some doubted.  Then Jesus came to them and said… (Matthew 28:17-18a)

This is one of my favorite passages in scripture.  I think it’s amazing that when Jesus’ disciples saw Him they worshipped but some doubted.  Keep in mind these aren’t just any disciples, if you look back at verse 16 you find out that it is the 11 who are here.  So Judas is gone – he’s already bought the farm… or the field.  But the rest of the 11 are there.  And these guys had seen everything!

They were with Jesus when He walked on water.  They were with Him when He told a dead girl to stop being dead.  They were right there when He turned some kid’s bag lunch into food for 5000.  They were the guys Jesus chose to be there.  And yet some of them doubted!!  The mind bogles.

At this point people like us think “If I was there I’d be different.”  The text would read “Then some doubted, but not Dan.  He turned around and rebuked everyone for being idiots, and they all came to their senses and got on board.”

Fortunately that verse doesn’t turn up in the Greek, and instead we get a bunch of incredibly human people, who have saw Jesus working one moment and then doubted the next.

So, I wonder, does this ever happen to you?  Have you seen God work?  Maybe you prayed and someone recovered from cancer, or you got the job you desperately needed, or you had the strength to forgive someone who hurt you.  Have any of those things ever happened to you?  And at that moment you were blown away with how awesome God is and how amazing it is that He cares for you.  I’ve been there.

But then maybe you found, like me, that the next day you were back in the trenches and thinking “Does God even exist?  Was all that just chance?”  Or maybe you forget that anything happened altogether.  Has that ever happened to you?

And so I love this passage.  I love that Jesus’ disciples who saw everything He did still suffered doubt.

But here’s the best part about this verse.  After they had proved they were pathetic Jesus moved towards them – “they worshiped Him; but some doubted.  Then Jesus came to them…”

If I was Jesus I think I would have said “What do I have to do to convince you guys that I’m real!  I’ve shown you everything.  I was nailed to a tree and buried last month and you’re talking with Me now.  You’ve put your finger in My hands and side.  How is it even possible that you can doubt?!  I’m starting over with some new disciples.”

But, praise the Lord!!  That’s not what Jesus does.  Even when His disciples totally dropped the ball Jesus moves towards them.  And if He did it for them He does it for us.  He moves towards us when we doubt.  This is some of the best news in scripture!

Subscribe to receive email updates with the latest news.